This was back in April of 2011 and I lived in Airlie Beach. We had had a particularly heavy wet season, and for the first time ever Peter Faust dam had started to overflow. People were going up there to look at it, sort of a semi-tourist attraction. But word quickly filtered around that all the barra, were getting swept over the top of the dam, rumor had it that if you could get to the bottom you would be in for an epic session.

Up until then I was mostly a dead bait and reef fisherman, I had never caught a barra. So me and my mate Tony decided to head there. Sounded simple, but it was a last minute decision, we only had a few hours, and we forgot a few things. And when we got there we found out that most of it was locked behind barbwire fences. We found a route down that never said “do not trespass” so we figured if we weren’t crossing any restricted areas we would be okay.

We got down there to discover we didn’t bring:

– Suncream
– A landing net, fish grippers, or anything that might make getting barra from a very steep incline easier
– A tape measure
– An esky (we assumed all the fish would be inedible)

We brought the camera and some rods and that was about it.

Tony hooked a barra with his second cast. He got about three before I got my first one. I would be interested to know what people thought about eating it… it is fairly silver, and to me, looks edible. 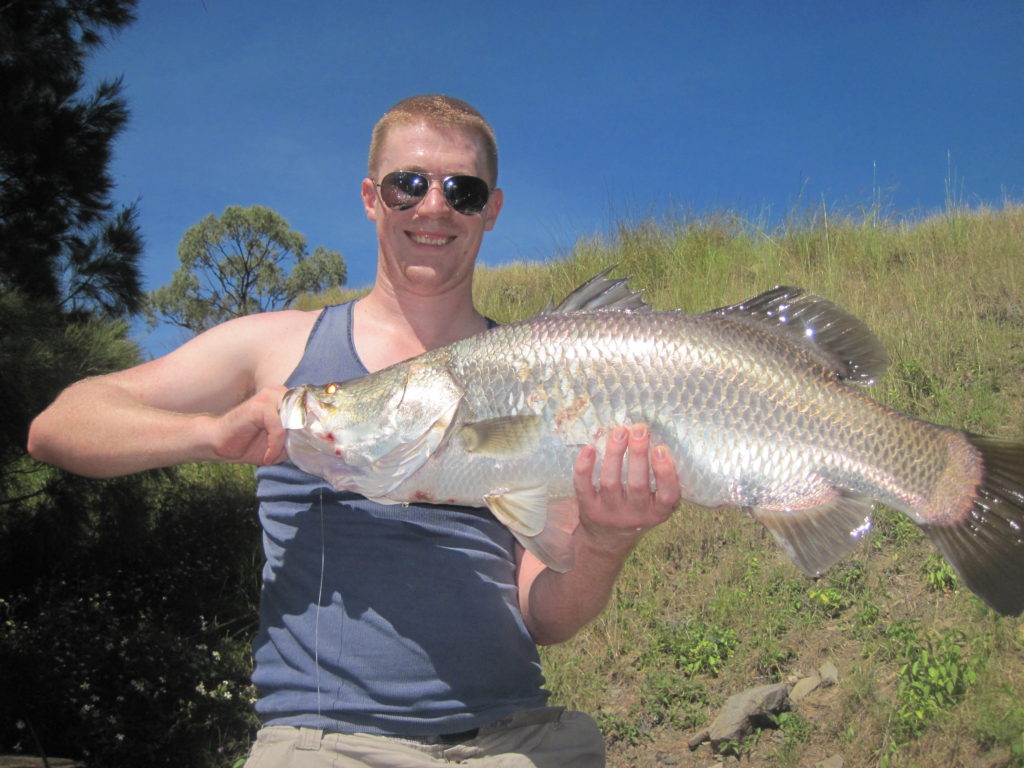 I got three in total, Tony got about 7.

But the story of the day was the big girl that Tony hooked. He took my pliers and made an indent on his rod, and later measured it to be 137cm. Here is the snap I took, with a normal canon powershot d10 camera (no photoshop or fancy lenses or anything) 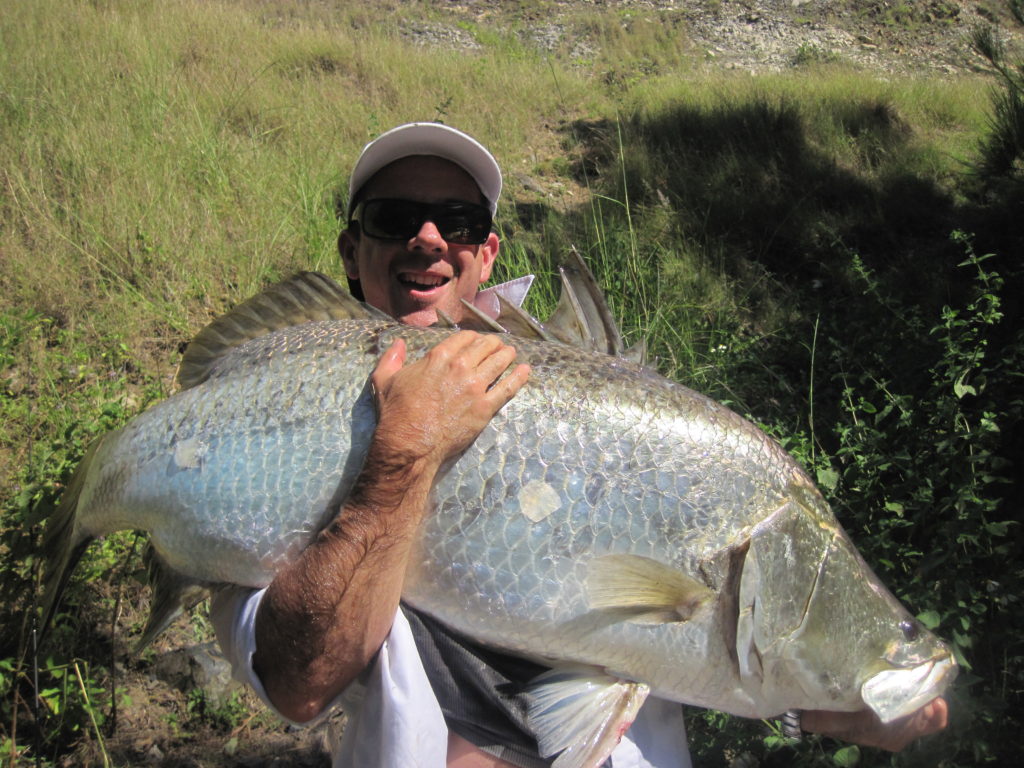 Most of the barra had marks on them from the damage they had taken going down the concrete dam. Right at the end of the day, I hooked a horse of my own. I fought it for a while, but it managed to get my line tangled in some trees with a clever jump. Tony climbed the tree to get it untangled, even fell in the water. However the line must have become worn on the wood, and it broke soon afterwards. This (and more) was captured on Tony’s go-pro:

So what happened after that? Well I wanted to go back, but I found out later that you weren’t allowed anywhere there. Security had stopped warning fisherman and started prosecuting them. But the main reason I never went back was because of this: Queensland Rocked By Earthquake

We didn’t think much of it at the time, but we were literally at the bottom of a dam when an earthquake hit.

So I decided to be thankful for what I had, not venture down there again, and just have a memory of a 2 hour barra session that likely won’t be repeated.