Had a lot of fun camping recently, see my website for the stories. But it’s meant that my poor boat hasn’t gotten a decent run in a while. I’m getting more busy, not less, until mid September. So with a public holiday on the Friday, off we went.

Hit Stokes point first thing, a few splashes and good boof had me in an optimistic mood. For those who don’t know, Darwin has huge tides. Combined with heavy dry season wind, water visibility is usually poor. Today was totally different, I could see the ground from about 2.5m, it was amazing. It meant I was able to sight cast, but nope, no luck there.

Moved across to the weeds near Swires Bluff. Water visibility meant we saw about 20 rays, and about 10 turtles, a few said hello. Saw lots of fish too, trevelly, queenies, sharks, a bright blue beast sitting on the bottom I was unable to identify. (It didn’t look like a tuskfish to me). Twitched some hardbodies by them all. And some squidgies. Also: gulp, poppers, vibes… you get the idea. Bait fish and life everywhere, none of it interested. Here we caught our sole fish for the day, a long tom.

Once the tide started to recede we the rocks at talc head, and soon saw schools of fish swimming out of the creek. None of them wanted to bite. In fairness, they may have been milkfish, I was struggling to identify them. Up and down, plus a quick trip to some flats on the way home… pretty disappointing day. You could not have picked a better day for it. If I had of known the wind would have been so far down, I would have taken some bait and sat somewhere.

Two boats at the ramp also came up empty.

Story of the trip:
Water visibility. Never seen the harbour like that before.

Boat problems:
Haven’t launched it in a while and when we went to push it off it was firmly stuck. Just would not budge. Then we tried this new method that I’d heard about, which involves unhooking the boat before trying to launch. Slid off no worries!

Snap
In two metres of water here, check out the bottom 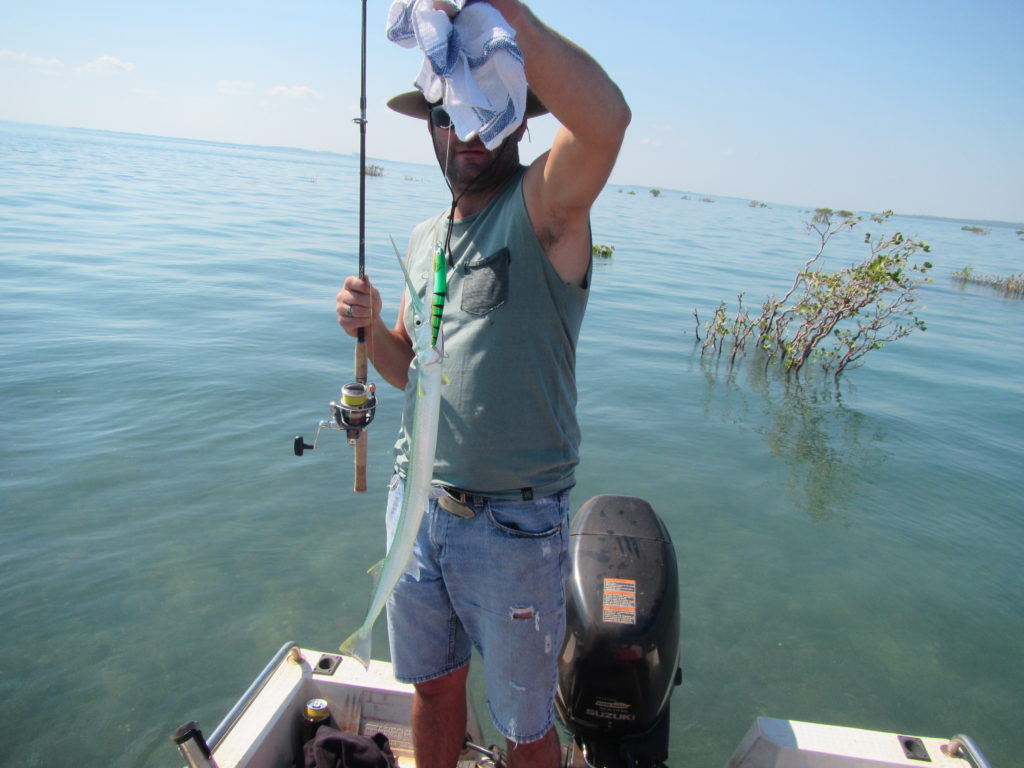