The next day we only had two or three hours as I was getting the ferry back to Darwin. We went to a place closer by which was on a beach. We walked up a remote beach flicking at each creek, but the first two we found didn’t have any barra in it. The third one didn’t look promising but Tom spotted two barra sunning themselves. He flicked his trusty gold bomber and like that we had a 64cm Barra. And that was all we really had time for so we headed back. This made me think about next year being based in Melbourne. Obviously no barra down there, but I think walking up some of those beaches looking for flathead is a pretty fun way to fish. 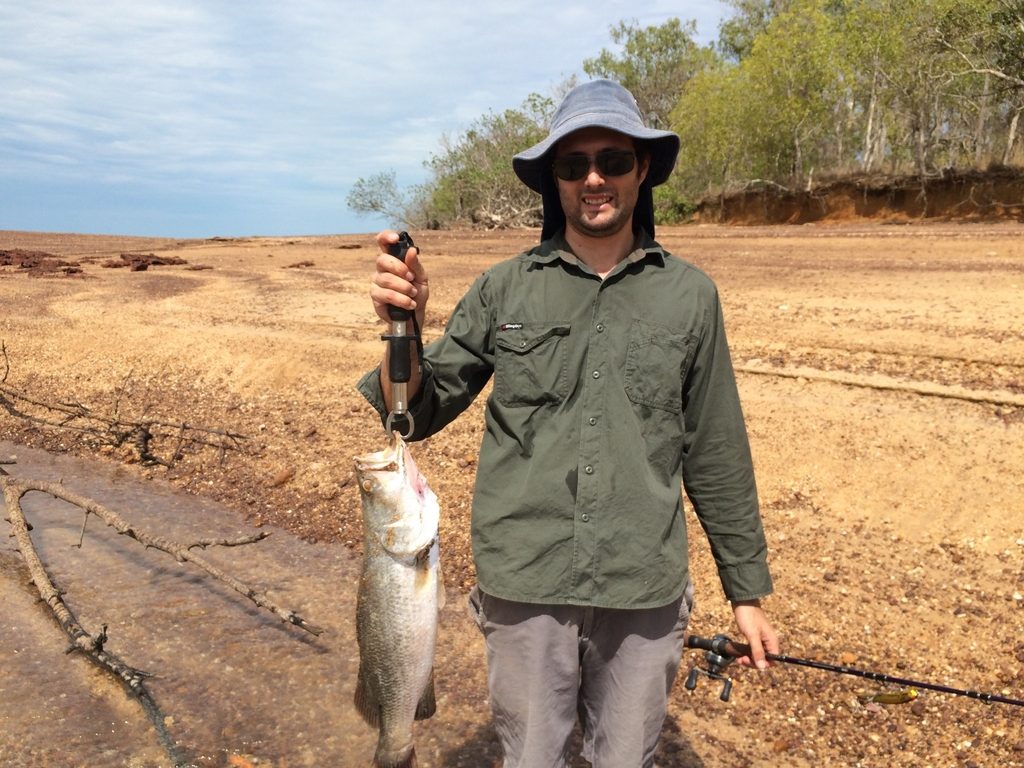